Tesla Accepting BTC for Payment, Hodling It, and Running Nodes

Tesla CEO Elon Musk tweeted overnight that Tesla is now accepting bitcoin for car purchases, and that they will hold any received BTC instead of converting it to fiat (dollars).


Musk further noted that Tesla is using open-source BTC payment software to handle the payments, as well as running their own Bitcoin nodes directly - ie, instances of the software that form the core fabric of the globally distributed bitcoin network. 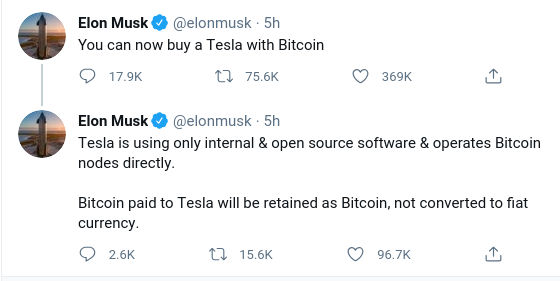