JPMorgan Sees Evidence of BTC as an Alternative to Gold

In a recent report on the Grayscale Bitcoin Trust, JPMorgan took a look at flows into BTC products vs Gold ETFs, and concluded:

What makes the October flow trajectory for the Grayscale Bitcoin Trust even more impressive is its contrast with the equivalent flow trajectory for gold ETFs, which overall saw modest outflows since mid-October. This contrast lends support to the idea that some investors that previously invested in gold ETFs such as family offices, may be looking at Bitcoin as an alternative to gold. 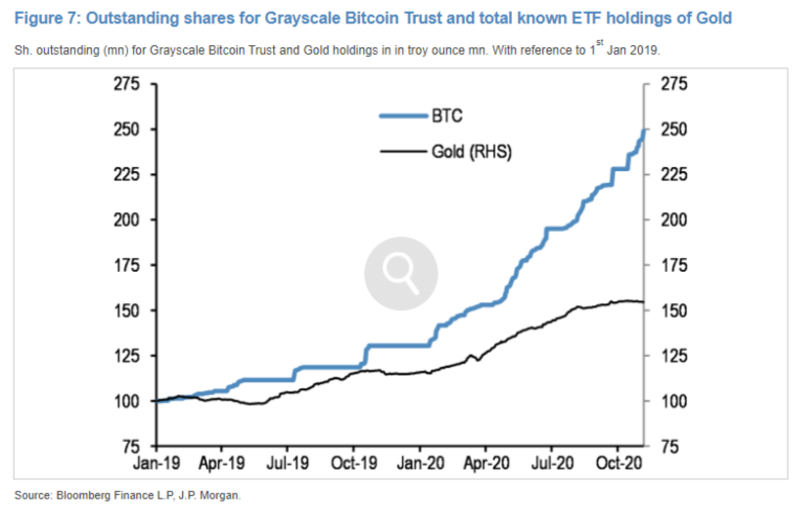