El Salvador's (& Others?) Plans for Bitcoin

At the Bitcoin 2021 conference in Miami on Saturday, the President of El Salvador, Nayib Bukele, announced (via video) that he will introduce legislation making bitcoin legal tender in the country. The legislation is likely to pass, given Bukele's effective control of the legislature (and public popularity: ~90%), which would make El Salvador the first sovereign nation to consider bitcoin legal tender. 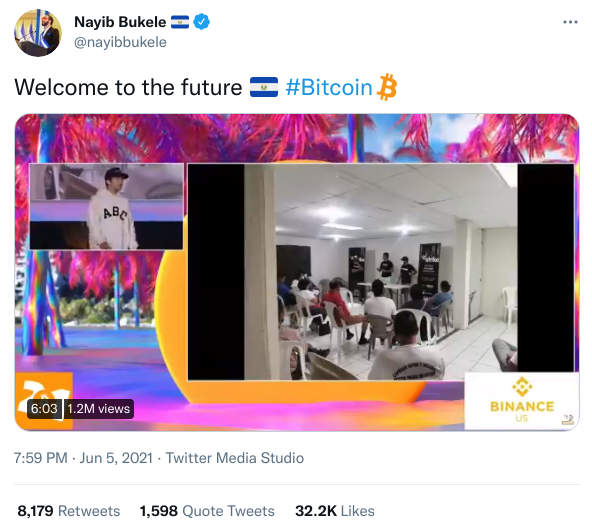 
El Salvador currently uses the US dollar as legal tender. It will continue to do so, but under the proposed legislation, El Salvador would also treat bitcoin as legal tender, giving bitcoin specific advantages in the country currently enjoyed by USD, such as default-acceptability for repayment of debts, and no capital gains taxation involving use of BTC, plus potentially a host of broader fx-related knock on effects. 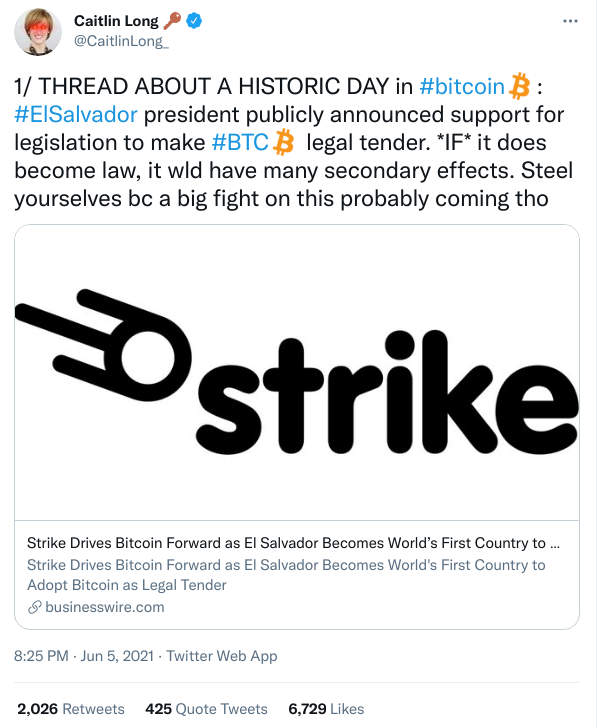 
There is debate over how meaningful this will be in practice, and concern generally over the potential for Bukele to exert authoritarian control in El Salvador, but it seems undeniable that this is a major milestone in monetary history. In a CNN interview yesterday, President of Eurasia Group Ian Bremmer noted that embracing bitcoin is "a potentail path to de-dollarization, and there are a lot of other countries around the world I think that are gonna watch this experiment very closely." 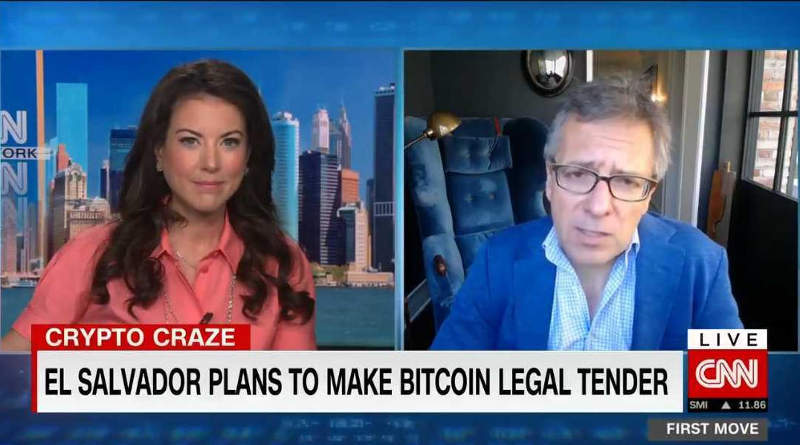 Bremmer went on to note that a move like this for El Salvador, and potentially other countries, can be a way for those countries to avoid having to institute capital controls, which would inevitably harm their middle class. He noted: "You could imagine them moving away from their existing currencies towards bitcoin. I think it's possible."


That line of thinking dovetails with a few sentences which apparently appear in the proposed legislation:

"Central banks are increasingly taking actions that may cause harm to the economic stability of El Salvador. In order to mitigate the negative impact from central banks, it becomes necessary to authorize the circulation of a digital currency with a supply that cannot be controlled by any central bank and is only altered in accord with objective and calculable criteria" 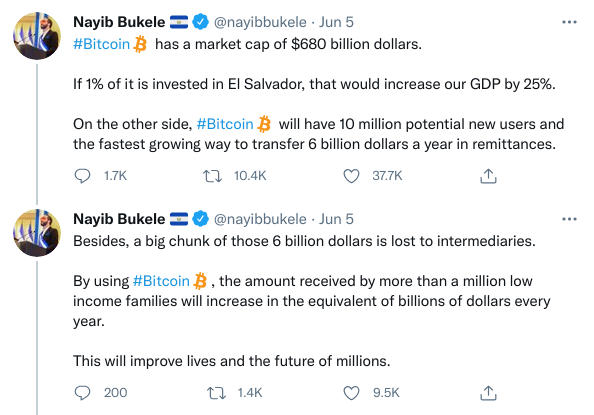 
In the days immediately following Bukele's announcement, politicians from Paraguay, Argentina, and Brazil all expressed support for bitcoin via twitter, by changing their profile pictures to "laser eyes", a meme in the bitcoin community. While far from the steps Bukele has taken, the acknowledgement from 3 other South American politicans, however subtle, shows how the idea of bitcoin as a tool for governments can spread. Latin America in particular has suffered over the years from various currency crises; it perhaps should come as no surprise that many countries in the region show some forward thinking and early appreciation for a digital currency with credible supply dynamics that isn't controllable by any nation.