Bitcoin is up over 250% in 2020, and over 40% in the past month alone. It's natural to wonder if the bitcoin rally has more to go, or if it's reached a longer-term top. Thankfully, we can look at both onchain network data, as well as price data, and compare to prior bitcoin cycles.


Analyst Willy Woo has done just that, comparing the growth in realized cap (a proxy for aggregate entry price) that we see now vs the 2017 bull run. Willy finds that growth now is comparable to April 2017: 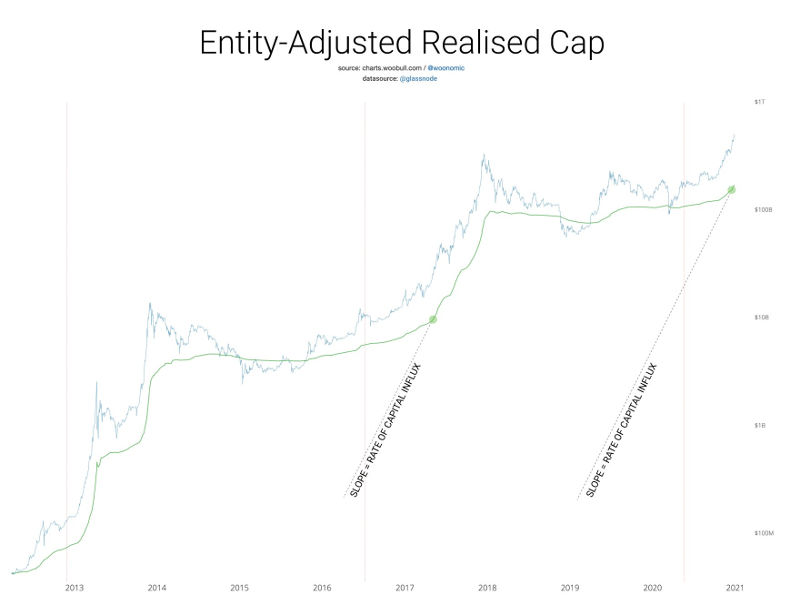