Bitwise Investments launched a public-traded crypto index fund, under the ticker $BITW, composed of the top-10 crypto-assets. The index is market-cap weighted, and is currently over 76% Bitcoin. 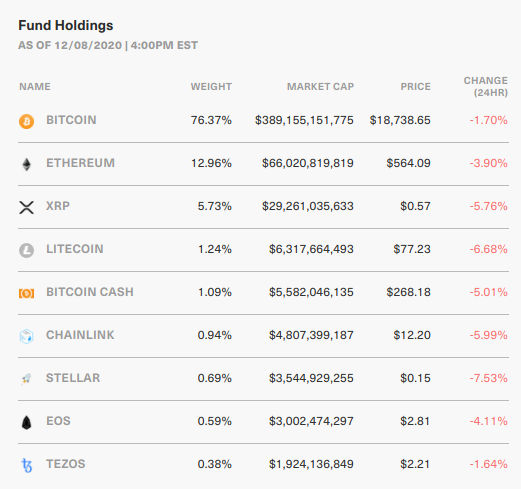