Bloomberg reports that the Bank of Japan is now the largest holder of Japanese equities, with over $400B in holdings: 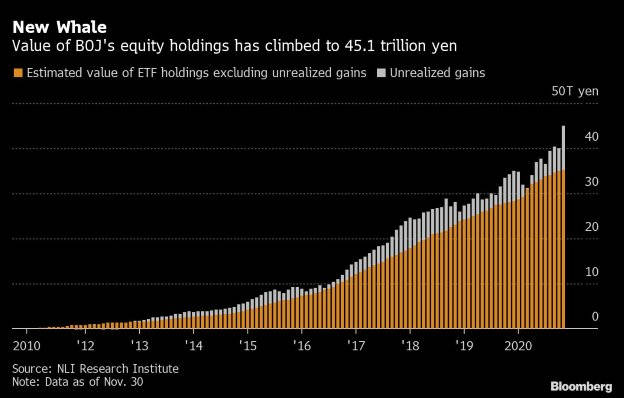